1821 Grand Constance is more than a prized collector’s item, it is the story of the Cloete Cellar in liquid form

An extremely rare bottle of 1821 Grand Constance fetched nearly half a million rand at the Cape Fine and Rare Wine Auction in Stellenbosch on 22 May.  The label has peeled in parts and although stained at the edges, the words “Grand Constance1821”, the French translation for Groot Constantia, are clearly legible.

“This beautiful dark hand-blown bottle with its long neck and red wax seal is not just a bottle of old wine – it represents the rich history of the South African Wine Industry, with Groot Constantia’s Cloete Cellar at the very heart of it,” says Boela Gerber, winemaker for Groot Constantia and the mastermind behind the recreation of this centuries old wine. “A rare bottle of 1821 Grand Constance is more than a prized collector’s item, it is the story of the Cloete Cellar in liquid form, and a priceless testament to the legacy of Groot Constantia.” 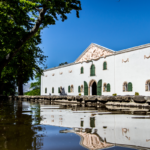 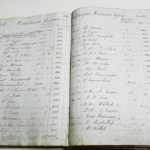 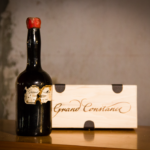 In 1780 Hendrik Cloete bought the farm Groot Constantia, which was established by the first owner, Simon van der Stel, in 1685. As an enthusiastic winemaker, he built the Cloete Cellar, investing in the best equipment available to produce wine.  In 1794 Hendrik Cloete died and his son took over the Estate, continuing the legacy and the production of the sweet Constantia wine that was highly prized by European and British nobility.

It is documented that a monthly order of Groot Constantia’s Constantia wine was delivered for the exclusive use of Napoleon while he was exiled on Saint Helena Island from 1815 until his death in May 1821.  Joseph Luson was a local agent of the English East India Company and tasked to provision the French contingent at Longwood House and the civilian population of Saint Helena. He bought the wine directly from the Cloete family who owned Groot Constantia.  Luson was married to Catharina Maria Cloete, daughter of Pieter Lourens Cloete, the wine merchant of Groot Constantia.

The historic Cloete Cellar is still a major part of the Groot Constantia Estate. Refurbished in 2017, it offers a light airy venue for wine tastings and chocolate pairings surrounded by the history of the estate.  Old carriages add a sense of history, as do the display cases that house a collection of old bottles sourced from all over the world that have made their way back to their origin.  Panel displays tell the stories of the people who built the Groot Constantia legacy of consistency, quality, heritage, and sustainability.

“In the Cloete Cellar history comes alive when you taste the Grand Constance so adored by Jane Austen, Napoleon, Louise Philippe (King of the French) and the who’s who of yesteryear,” says Gerber.  “Grand Constance is a sweet wine made from a blend of red and white Muscat grapes.  Left on the vines until they are sundried raisins, they are fermented in their skins before being pressed and put into the barrels to mature.” 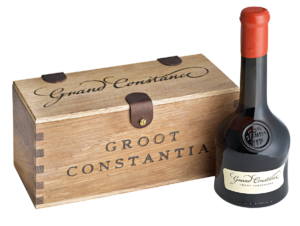 You can purchase Grand Constance on Groot Constantia’s website. 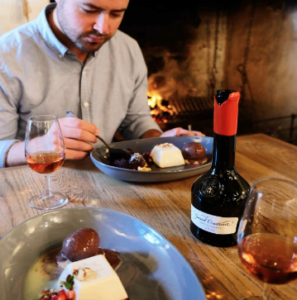 Grand Constance is the perfect complement to your final dish. Pair with chocolate, dried fruits, nuts and a wide variety of both hard and soft cheese, great with fruit-based puddings such as lemon tart, pavlova and fruit-topped cheesecakes.

Issued by FusionDesign on behalf of Groot Constantia – Media Queries can be sent to Carmen@fusiondesign.co.za