In the News: V&A Waterfront goes head-to-head with European destinations

Cape Town, 8 April 2016 – Cape Town’s V&A Waterfront took pride of place as the only South African, and only one of three nominated destinations in the world, at the World Travel & Tourism Council (WTTC) 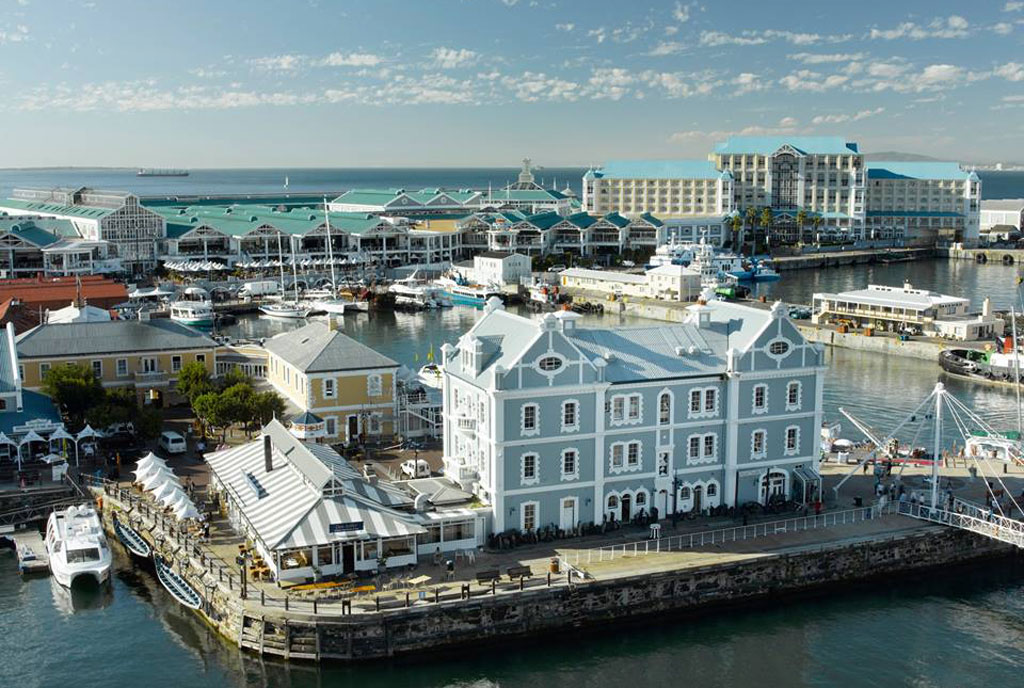 With Parkstad Limburg emerging the frontrunner, David Green, CEO of the V&A Waterfront said this was nonetheless a defining moment for the business: “The fact that we were nominated by an organisation the stature of the WTTC, alongside destinations such as Parkstad Limburg in the Netherlands and Swiss Parks Network in Switzerland is testament to the fact that our offering is comparable with the best in the world.

“While the V&A Waterfront is fortunate to boast many attractions, that alone is not enough to distinguish ourselves as an international tourist destination. It requires a holistic, sustainable vision for development, protection of historical assets and an inclusive approach that is as welcoming of locals as it is of visitors. These key strengths have enabled the Waterfront to hold its own on a global tourism platform.

“As the custodians of one of the world’s best waterfronts, we strive to offer locals and visitors alike a world- class destination that nevertheless remains true to its historic roots.

“We are also honoured to have received a note of congratulations from Parliamentary Speaker Baleka Mbete, on behalf of the National Assembly in Parliament, for having been the only South African destination to be nominated for the prestigious award.”

Sixty two countries across all continents submitted applications for this year’s awards. At the first of the three- stage judging process, a committee of independent expert judges evaluated each application against sustainable tourism criteria, including community development, preservation of cultural and natural heritage, and innovative solutions for sustainable practices. The second stage saw an on-site evaluation of each finalist by the judges, who assessed each destination according to the business practices highlighted in their award applications.

David Scowsill, President and CEO of WTTC said: “Tourism is a force for good and it is by sharing best practices, and by educating our peers about sustainability that we can ensure the growth of our sector is managed responsibly. The Awards, which are now in their 12th year, will again demonstrate how tourism businesses can bring positive change to communities by protecting livelihoods and the environment.”

The V&A Waterfront was also the winner of the highly contested international award for ‘Best Destination for Responsible Tourism at the World Travel Market in London in 2014. The Award was granted in recognition of the Waterfront’s commitment and leadership in not only preserving the heritage of the property, but also its forward thinking in terms of sustainable development.

Issued on behalf of:

The World Travel & Tourism Council is the global authority on the economic and social contribution of Travel and Tourism. It promotes sustainable growth for the sector, working with governments and international institutions to create jobs, to drive exports and to generate prosperity. WTTC’s annual Global Summit brings together the key leaders of Travel and Tourism to discuss the opportunities, challenges and issues facing the industry, while its ‘Tourism for Tomorrow’ Awards recognise the industry’s power to be a positive force in sustainability.

The sector is a key driver for investment and economic growth globally. By the end of 2015, Travel & Tourism will contribute US$7.8 trillion or 10% of global GDP, once all direct, indirect and induced impacts are taken into account. The sector will account for 284 million jobs, 9.5% of total employment, or one in eleven of all jobs on the planet.

For 25 years, WTTC has been the voice of this industry globally. Members are the Chairs, Presidents and Chief Executives of the world’s leading, private sector Travel and Tourism businesses. These Members bring specialist knowledge to guide government policy and decision-making, raising awareness of the importance of the industry as an economic generator of prosperity.

ABOUT THE V&A WATERFRONT

The V&A Waterfront is a 123-hectare mixed-use destination, and one of Africa’s most visited cultural and historical hubs. Set on the edge of a natural, historic working harbour with the iconic Table Mountain as its backdrop, it offers local and international visitors a cosmopolitan mix of experiences ranging from leisure, shopping and exclusive entertainment. It also offers prime residential and commercial property. The prime positioning of the V&A Waterfront boasts sweeping views of the ocean, city bowl and mountain peaks. Up to 100 000 people visit every day during peak season.

Contributing R259.1 billion in nominal terms to the South African economy over the last twelve years, the V&A Waterfront’s cumulative contribution to the provincial GGP since 2002 was over R227 billion. The property also reported a 19% increase in retail trade sales for 2014, marking four consecutive years of consistent growth since 2011.

By end 2014, total visitor numbers to the property had grown to 24 million a year. Although the V&A Waterfront remains South Africa’s favourite attraction for international visitors, they account for only 23% of all visitors. Visits by locals increased to 63%, while 14% of visitors were from upcountry.