Humble breakwater to spectacular shopping, dining and entertainment centre – the story of the V&A Waterfront

When you’re walking the breezy aisles of this world-class shopping and entertainment centre, it’s easy to forget that the V&A Waterfront has played an integral part of the city’s early development. Step outside into the fresh harbour air, and you’ll quickly see just how historically significant this corner of the Cape really is.

The V&A Waterfront had humble beginnings as a small jetty, which was built by Jan van Riebeeck back in 1654. The Cape had been identified as an ideal refreshment station and stop over point for the Dutch East India company, and ships sailing through to East Africa, India and the Far East would stop in to replenish supplies mid-way through the treacherous journey.

The perilous jetty stood its ground and served its purpose for a number of years, however when significant storms struck the bay in 1858, wrecking a number of ships, the decision was made to construct the breakwater for Cape Town’s first harbour. Royal Navy officer and Queen Victoria’s second son Prince Alfred made the symbolic first gesture of the construction process of the Alfred Basin, and in so doing cemented his name in what has now become the most visited tourist attraction in South Africa.

The discovery of gold and diamonds in South Africa necessitated the expansion of the harbour, and shortly thereafter construction of the Victoria Basin commenced, a process which only concluded in 1920.

As a result of this rich history, a number of beautiful heritage buildings can be found throughout the V&A Waterfront, and even though much of the region has been developed and expanded, they have all been carefully integrated into the overall look and feel of the Waterfront.

The best way to explore this fascinating maritime history, and look back into the founding days of Cape Town, is to take one of the V&A Waterfront historical walking tours. Guided tours depart daily from the Chavonnes Battery Museum, the harbour’s oldest relic, at 11am, and take you to 22 fascinating landmarks. These tours cost R100 for adults and R20 for children, and enquiries and bookings can be made at the V&A Waterfront Information Centre, or In-Mall Kiosk.

There is also a free self-guided historical walking tour which points out various attractions and facts about the region, and maps are available V&A Waterfront Information Centre, which is also the starting point. The walk takes approximately one hour to complete, and is the perfect way to step back in time at your own pace. 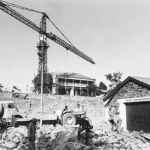 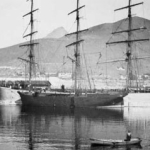 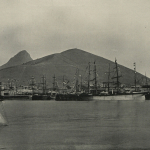 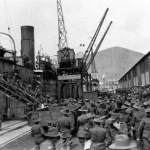 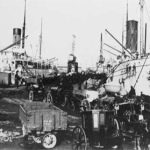 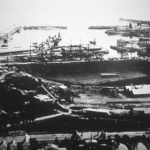 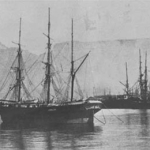